We’re excited to announce that a group of 44 players has been chosen from the hundreds of participants in this summer’s Atlético de Madrid Clinics held in Japan. Players will be divided into three teams and will train with Atlético de Madrid Foundation coaches at the Cerro Espino Training Complex, and compete against top Spanish competition over their seven day stay in Madrid this upcoming March.

This August, we traveled with three Atlético de Madrid  Coaches to Japan for a whirlwind tour of three cities – Tokyo, Chiba, and Miyagi/Sendai. The highly qualified coaches ran the sessions which were all developed following the methodology used in the Atlético de Madrid youth Academy. Sessions were broken up into small groups, allowing for a more personalized experience for players.

But training was not just for players – one day during the clinics held in Chiba was dedicated specifically to Coaching Education. The day-long master class focused on the different concepts of the club, the Academy structure, and how players are developed and analyzed within the Atlético de Madrid framework. 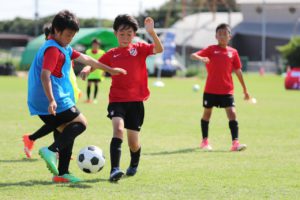 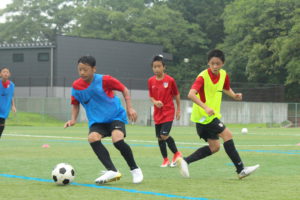 Interested in hosting an Atlético de Madrid clinic in your city? Get in touch!